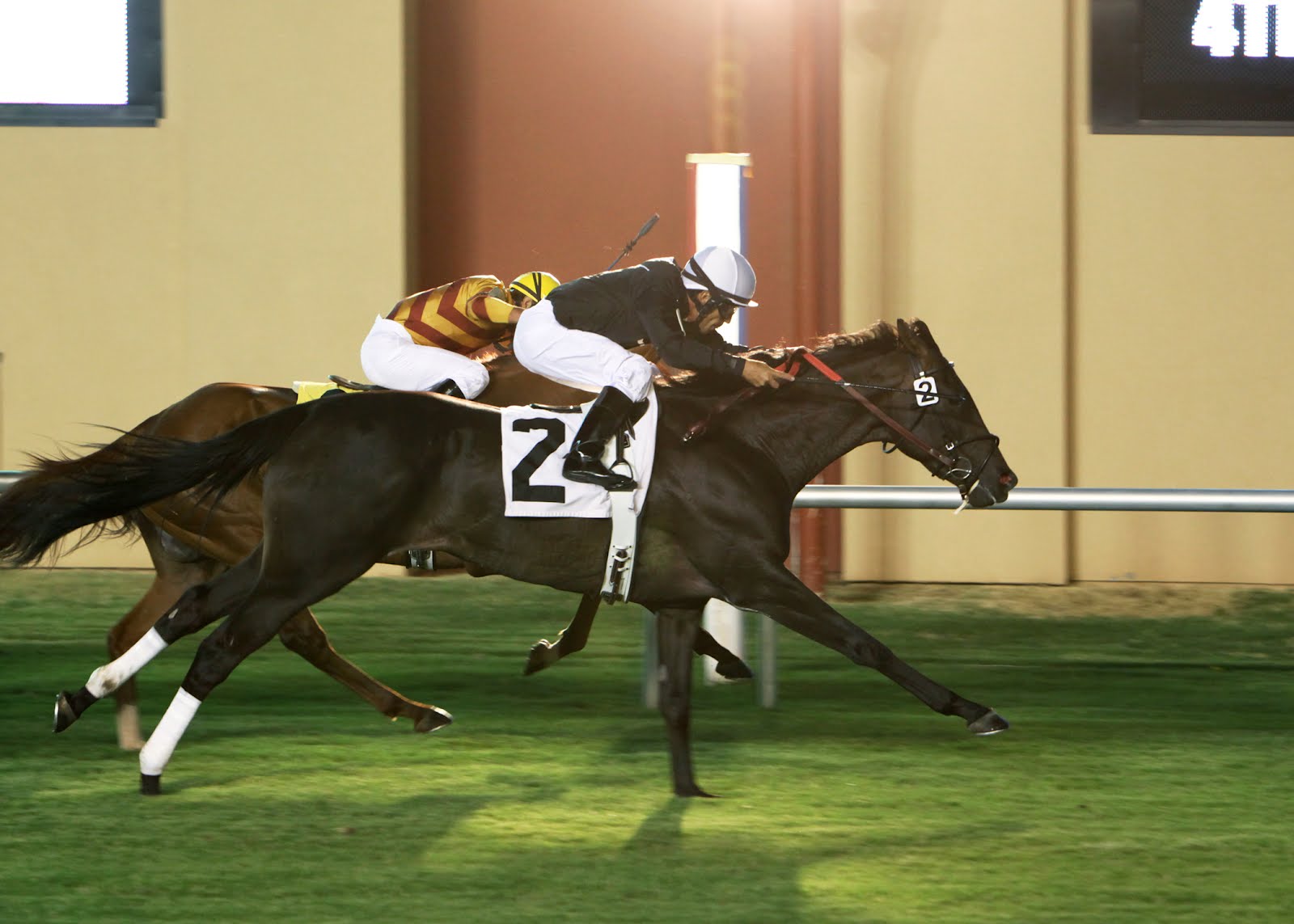 OKLAHOMA CITY – The 2012 Remington Park Season opened on a pleasant Friday for early August in Oklahoma City. Those in attendance witnessed a great stretch run in the featured $44,500 Redbud Distaff allowance as graded stakes winner She’s All In battled for a neck victory over longshot Guanabara Gal.

Owned by Robert Zoellner of Tulsa, Okla. and trained by Donnie Von Hemel, She’s All In made her move for the front around the final turn of the 7-1/2 furlong turf event. Jockey Luis Quinonez had the 5-year-old Oklahoma-bred mare in position at the top of the lane but Guanabara Gal had other ideas.

Under Benny Landeros, Guanabara Gal had taken control of the race before leaving the backstretch. When challenged in the final furlong by 3-5 wagering favorite She’s All In, Guanabara Gal dug in to hold her position. The game effort was not enough as She’s All In had a little more, getting up in the final strides while crossing the finish in 1:30.20 over a firm turf course.

The victory for She’s All In was her 12th from 26 career starts and her seventh in just nine attempts at Remington Park. A mare by Include from the Hickory Ridge mare Georgia OK, She’s All In has been the top Oklahoma-bred female in racing for the past two years, winning multiple stakes races in open company as well as scoring in her home state. She cruised to an easy win in the Grade 3, $200,000 Sixty Sails Handicap at Hawthorne Racecourse in Chicago in April. The winner’s share on Friday night, $28,245, moved her career earnings to $640,867.

A pair of stakes races will head the program for the second night of the season on Saturday, Aug. 11 as the $200,000 Governor’s Cup and the $100,000 David M. Vance Stakes are contested. Remington Park’s first race on Saturday is at 6:30pm.

Open daily at 10am for casino gaming and simulcast racing, Remington Park features the Bricktown Brewery on the casino floor. Admission, general parking and valet parking are always free at Remington Park.

Remington Park, with over 18,000 fans on Facebook and 3,000 Twitter followers, is Oklahoma City’s only Racetrack & Casino and is located at the junction of Interstates 35 & 44, in the heart of the Oklahoma City Adventure District. For more information, reservations and group bookings please call 405-424-1000, 866-456-9880 or visit remingtonpark.com.

for the complete article and more visit.